This table was a request from my cousin. His wanted a table that was big, simple, out of teak and that can be easily disassembled and stored throughout colder months. 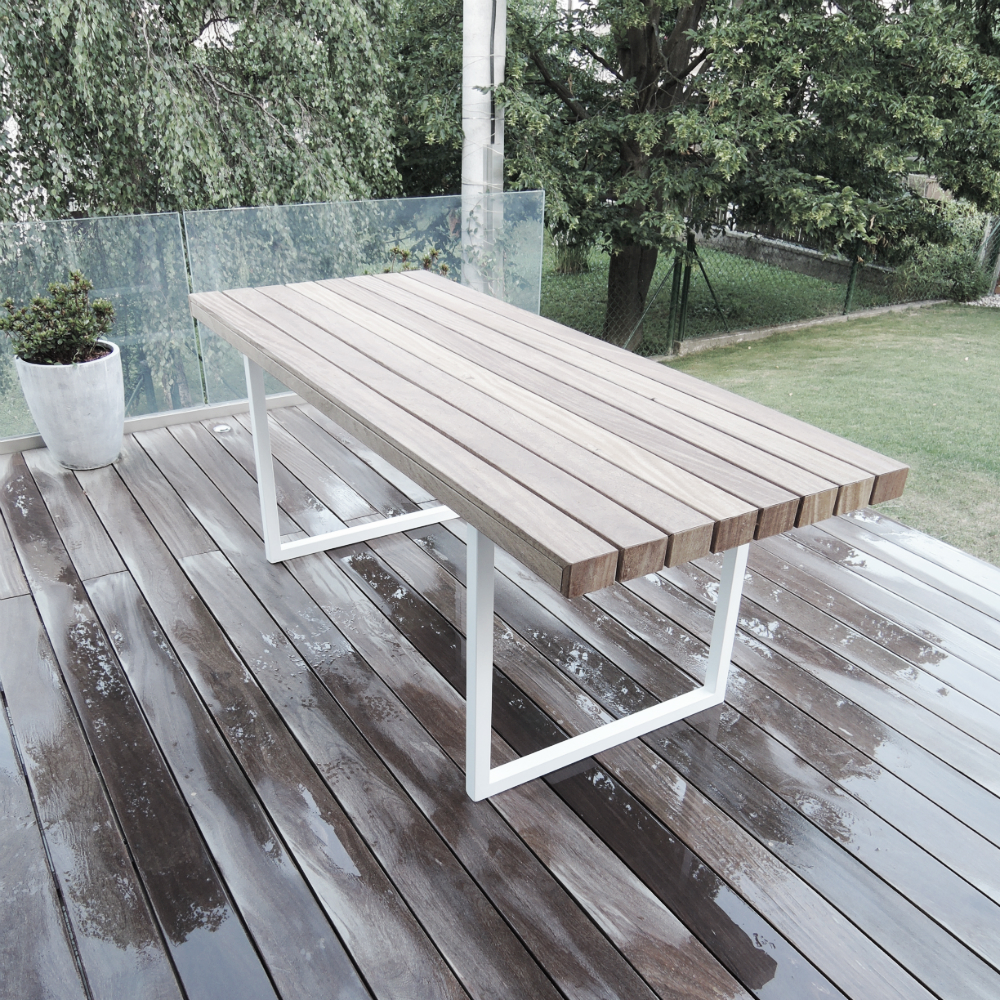 Our idea was to build a table with the surface made of teak and the legs from metal tubing. The legs are made out of square shape 40/40 mm metal tubing, cut under 45° and then welded together to form a square.

On the upper part of the legs Evgen drilled holes to anchor them to the table’s teak surface with 2 screws for each leg. 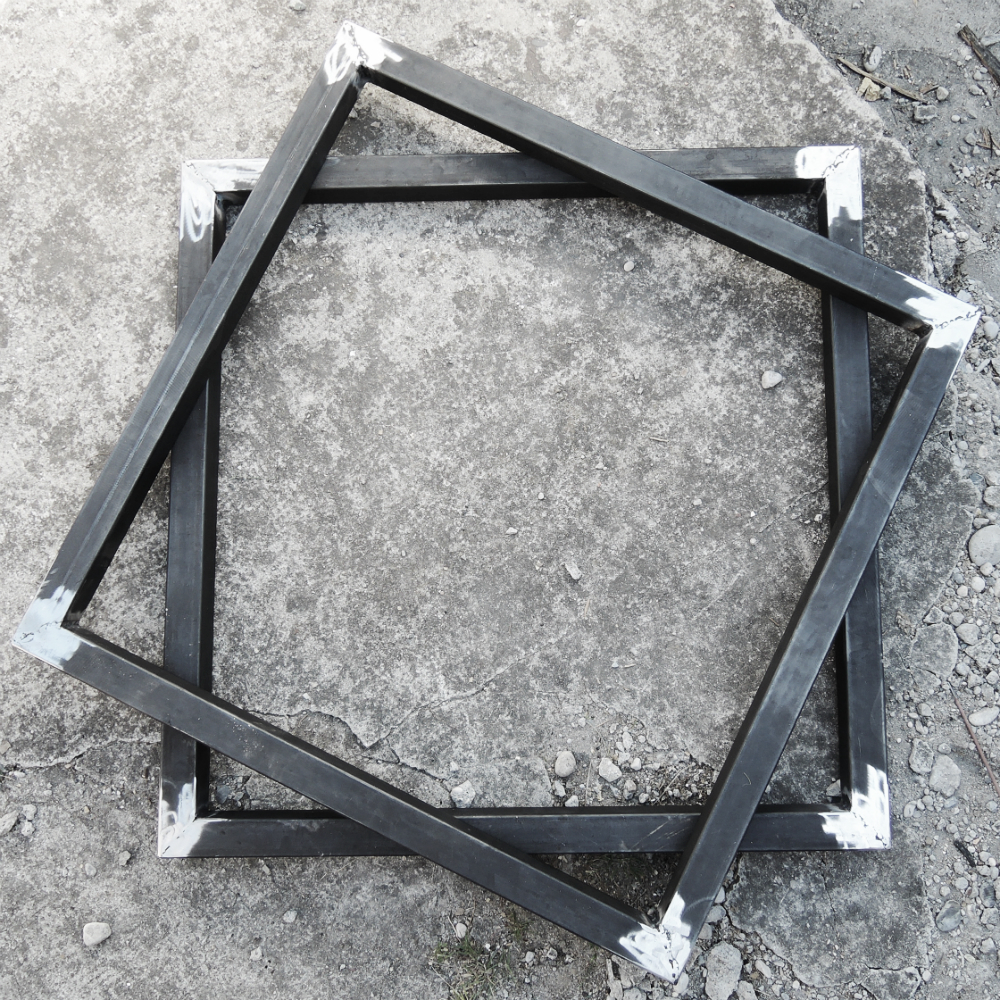 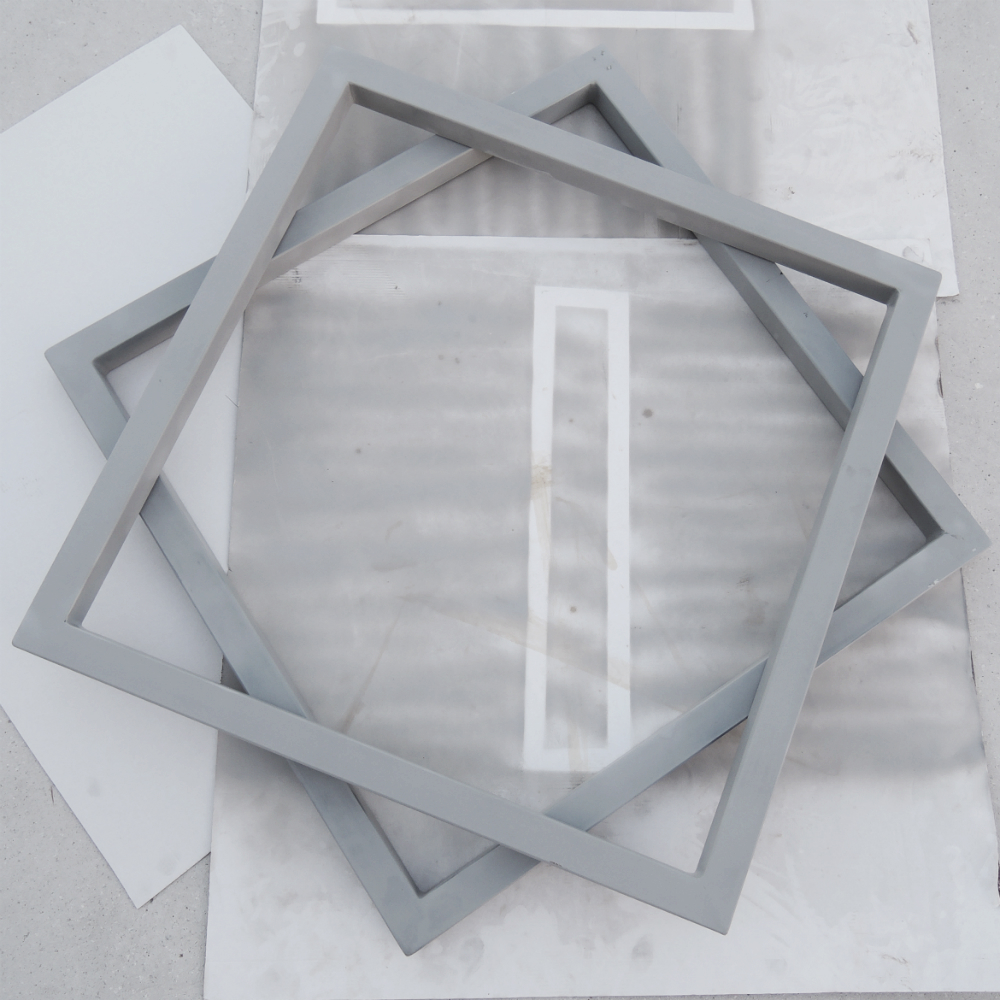 The legs were then sanded, primed and painted with a couple of coats of paint. 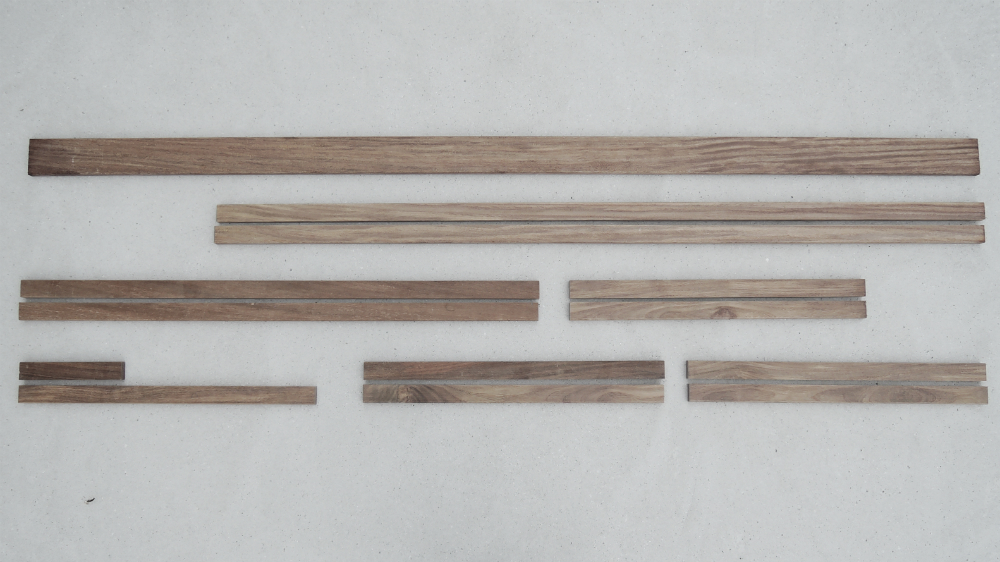 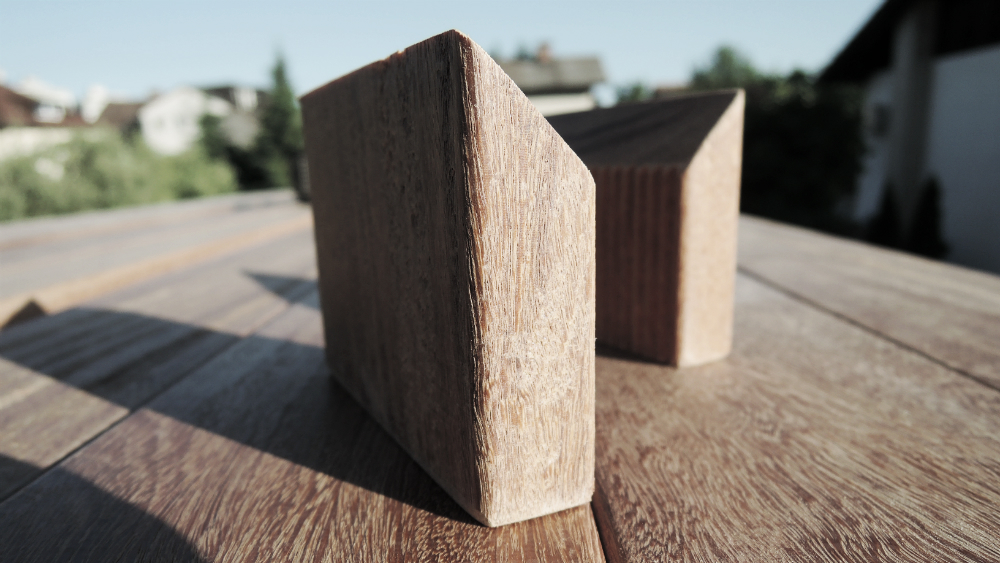 Table’s measurements are 90 cm by 200 cm and the height is 75 cm. The thickness of the teak surface is 6 cm. For that, Evgen turned the teak boards around so that the grooved side would not be visible. All the planks are cut under 45°. First, he built a frame on which he set down the planks by the long side of the table. Because he made a wooden frame underneath the planks, all the screws are hidden.  Not even one is visible.

He said that I should mention, if anyone would like to build anything out of teak, that it is a really hard wood to work with it. It is super heavy and hard. It will break, if you don’t drill a hole first. Only after that you can tighten in the screw. 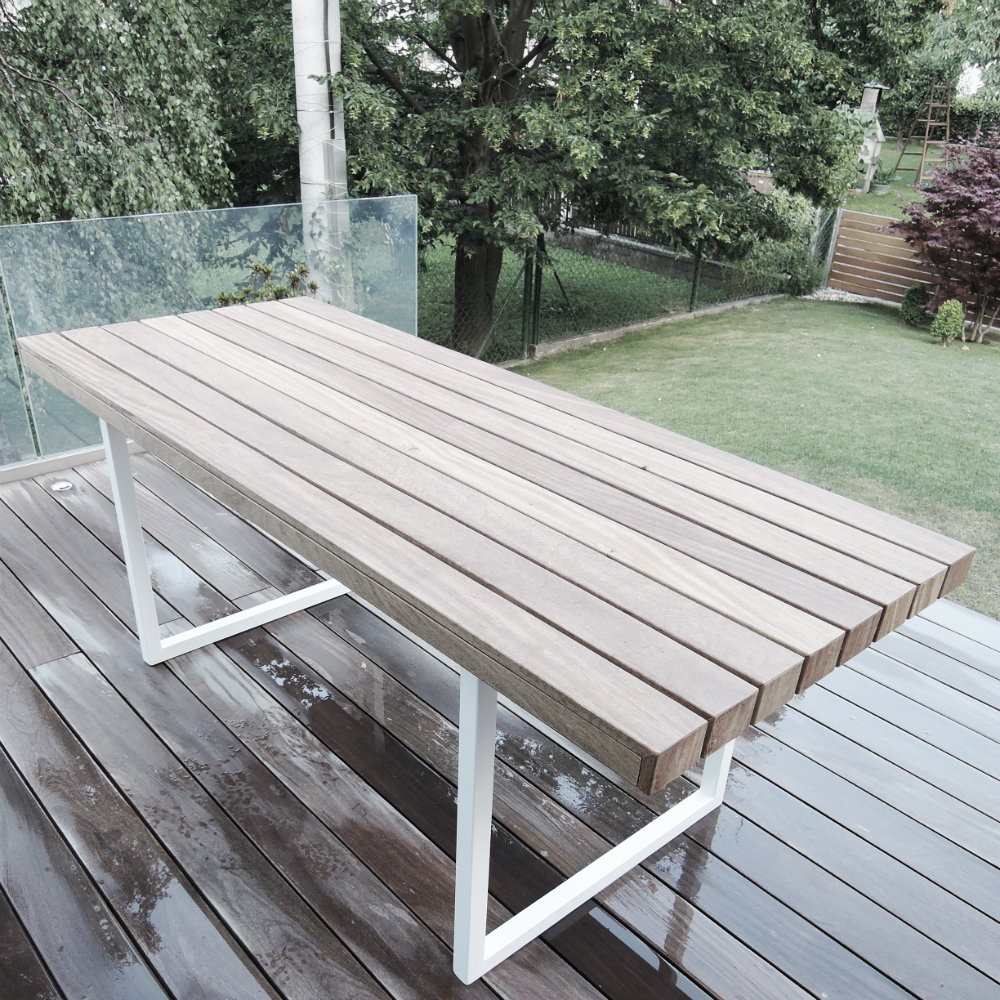 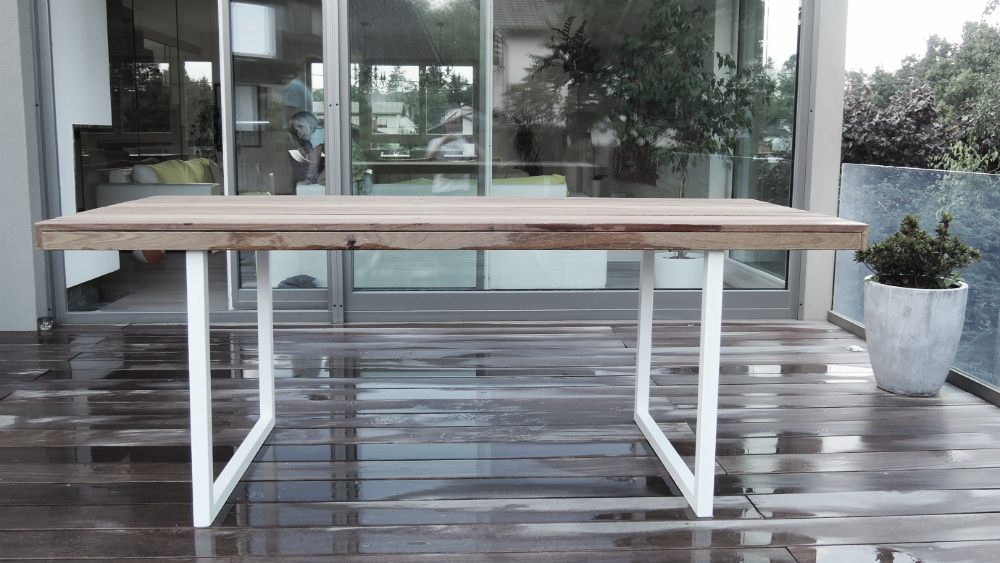 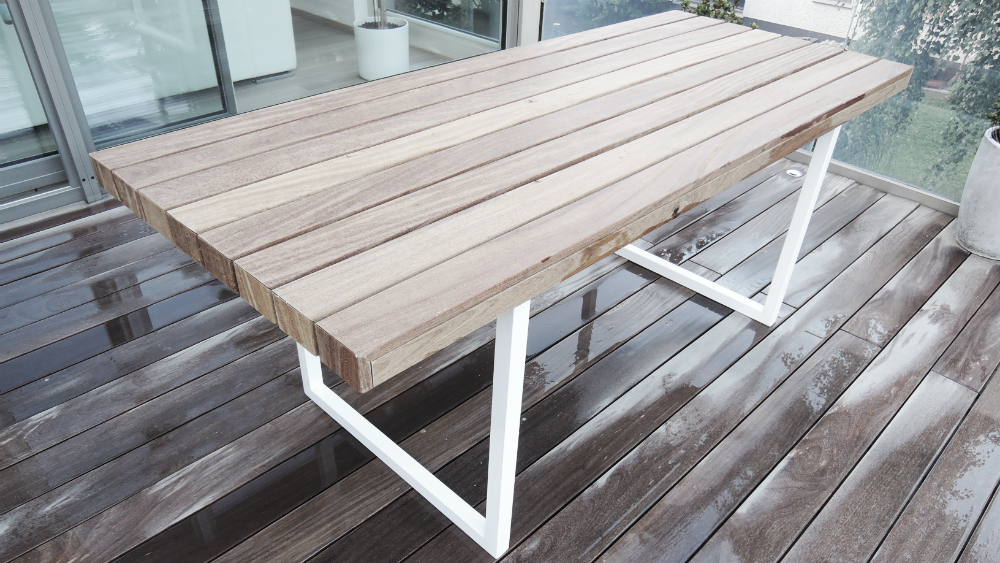 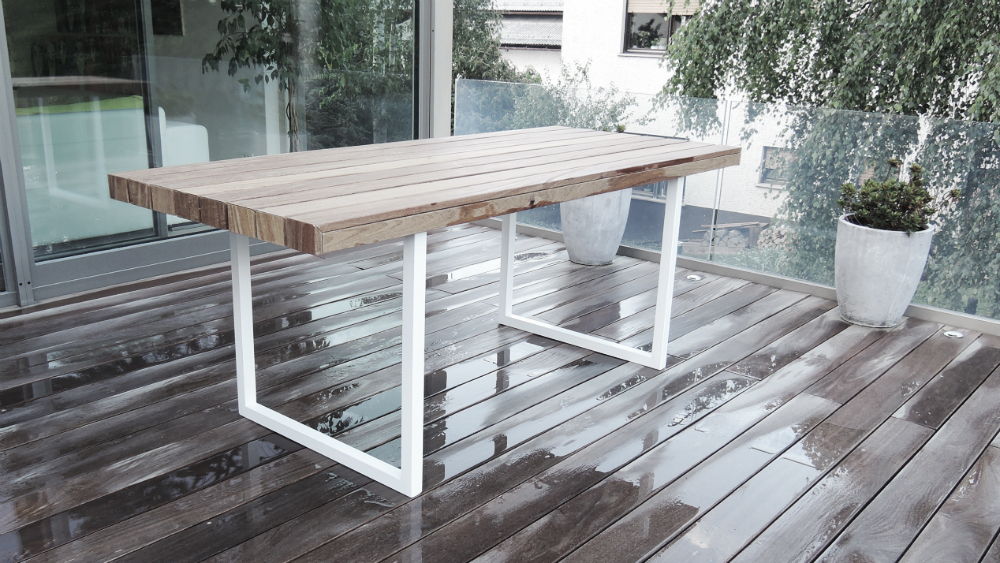 At the end we are very pleased how the table turned out. New owners are also very happy with it and that matters the most to us. Last week we were at a birthday party there and there easily sat 8 people around the table with all the kids running around.

We’re making plans on making something similar for our terrace, except it will be out of a locally produced wood, probably out of larch.